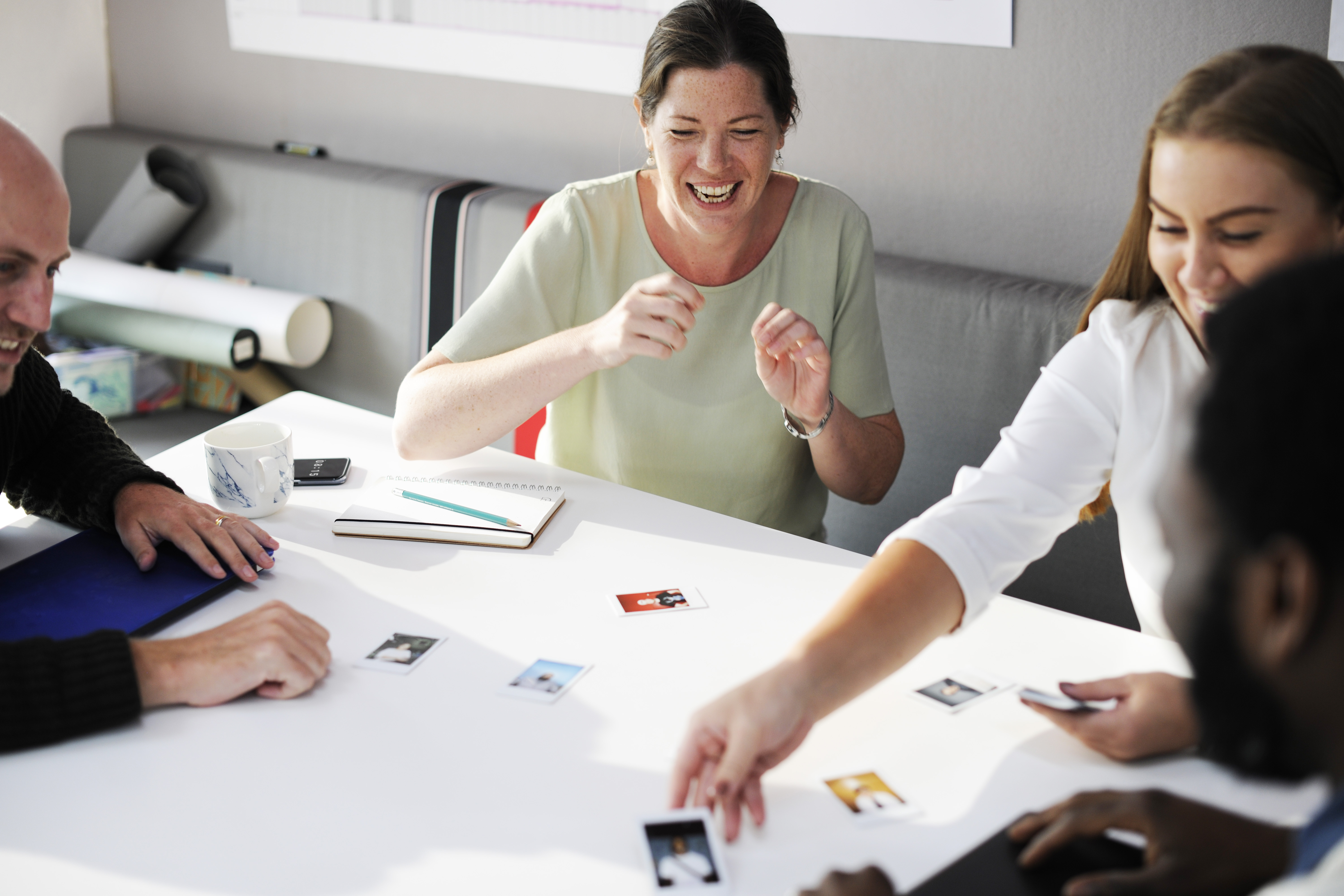 Before we dive into the ever-so-popular topic of meetings, let’s get into the right frame of mind.

Take a moment to think of someone you actually like to meet with.

I’ll be the first to admit that I wasn’t always so pro-meeting. I’m a numbers person by trade, and calculating the total hours our team spends in (not-so-perfect) meetings would make my head spin. And it’s not just our team. Middle managers spend about 35% of their time in meetings, and upper management spends about 50% of their time in meetings, according to research from The Muse.

Don’t get me wrong. I agree there’s no sense in having a meeting just to have a meeting.

But, hear me out: If we spend lots of time in meetings, and there is the potential to build relationships with exceptional meetings—that’s an opportunity for our business.

Powerful, well-run meetings GSD. They build relationships. They position our team as the strategic consultants our clients have partnered with to grow their business.

The potential is evident. Holding meaningful meetings is a soft skill that is invaluable over your entire career.

So, how do you run a more meaningful meeting?

END_OF_DOCUMENT_TOKEN_TO_BE_REPLACED 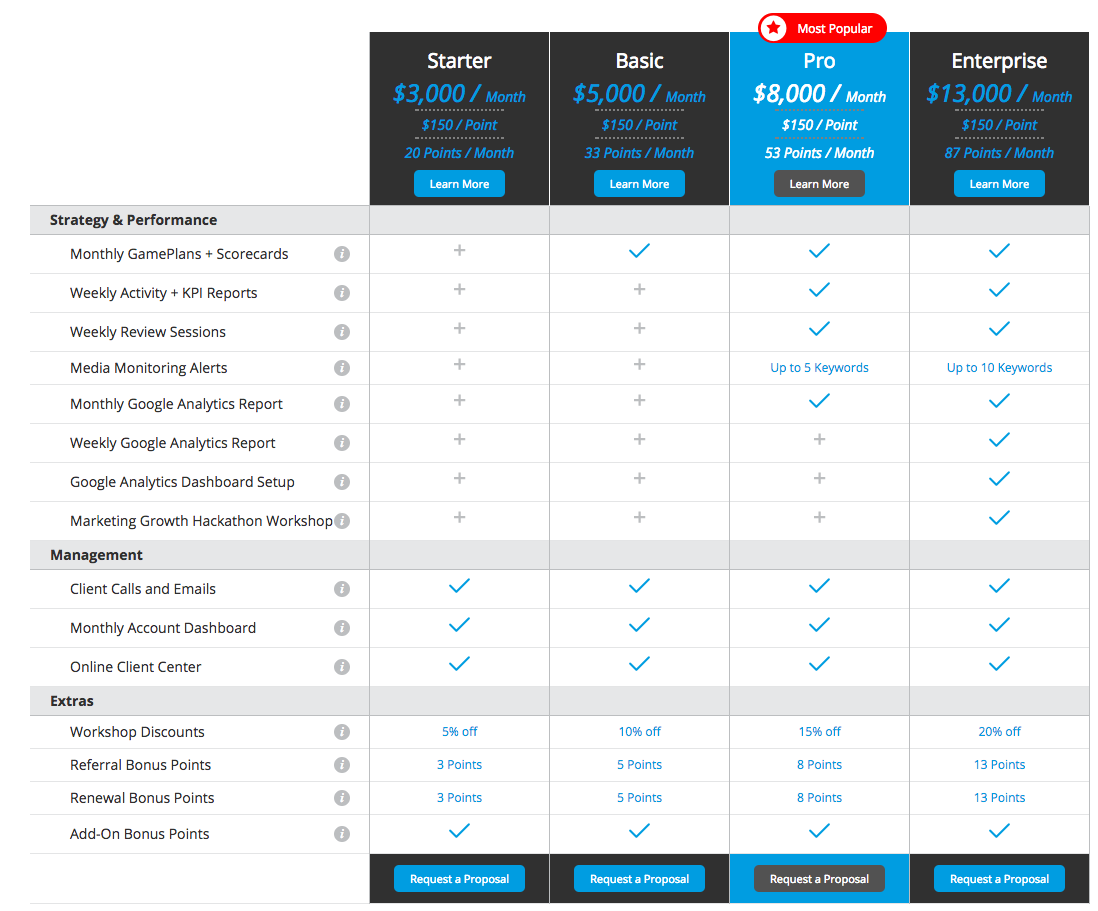 Point Pricing: The Story of How We (Finally) Eliminated Hours from Marketing Agency Pricing

This post was originally published in November 2016 and has been updated for comprehensiveness. If you’re making the shift to value-based pricing, join us for the live and on-demand series Point Pricing for Agencies.

I spent the first six years of my marketing agency career chasing hourly quotas instead of results. Our goal was to bill a minimum of five hours per day.

Yes, we cared if the client was happy and successful, but the fundamental economic driving force behind the firm's existence, and my career potential, was the billable hour.

I discovered early on that the billable-hour model was a flawed, archaic, agency-centric system that wrongly tied agency performance to outputs, not outcomes.

In 2004, four years into my career, I became highly motivated to build a more efficient and profitable solution that shifted the focus to client needs and goals.

The idea was centered on making services tangible with clearly defined costs, features and benefits, almost like buying a product off a retail shelf or signing up for a software service.

My theory was that if clients understood exactly what they were getting, and agreed ahead of time what it was worth, then we could remove the mystery from the equation and focus on delivering value and results.

The problem was that the billable-hour model was the only one I had ever known. How would I build an entirely new financial model and productize a service business?

>> If you’re getting started with value-based pricing, check out the 12 Questions to Guide Your Marketing Agency Pricing Model Transformation.<<

END_OF_DOCUMENT_TOKEN_TO_BE_REPLACED 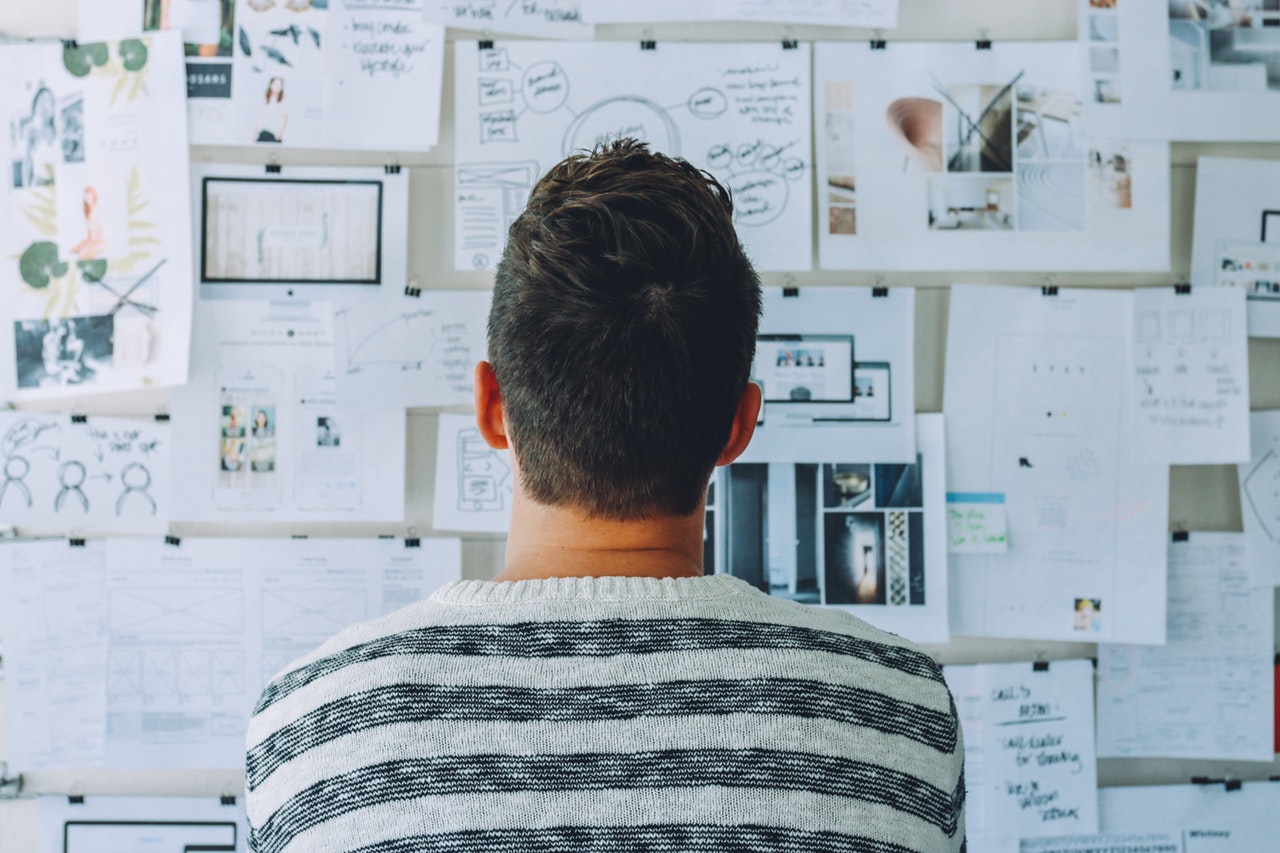 As marketers, a failed campaign is our worst nightmare.

But sadly, failed marketing attempts happen every day and everywhere. Forbes says that strategic plans fail for many reasons, including a lack of focus on results, the wrong talent, partial commitment from leadership, and resistance to change.

So, how can teams pinpoint what went wrong and redirect marketing energy?

As Paul Roetzer (@paulroetzer) states in Chapter 8 of The Marketing Performance Blueprint:

“Every marketing plan should start with an honest internal marketing assessment. The assessment should consider perspectives from multiple stakeholders, including marketing and sales leaders, as well as key executives. The more involved the partiers are in the entire strategy process, the easier it is to align needs, goals, expectations and priorities.”

The time is now to transform your marketing program.

At PR 20/20, we utilize a comprehensive marketing audit of 40+ questions that zero in on talent, tech, strategy and performance. As you’ll see below, we’ve broken down audit questions by each of these categories. This audit is a key piece of the puzzle when we start working with new partners to build long-term, custom marketing plans that win executive buy-in and align with stakeholder goals.

Continue reading below for 21 questions to ask your team and guide more strategic planning. For the full 40+ questions, download our Comprehensive Marketing Audit template.

END_OF_DOCUMENT_TOKEN_TO_BE_REPLACED 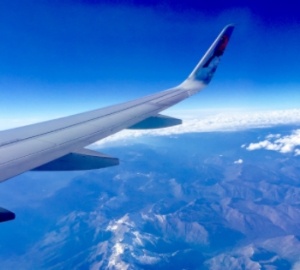 How to Ensure Your First Business Trip Is a Success

U.S. travelers are expected to make up to 488.8 million business trips per year by the year 2020.

Traveling to in-person meetings is a great way to build relationships and inspire big ideas for your client. But, they can be intimidating—especially if it’s your first one.

So how can you ensure you are properly prepared and ready to take on your first big trip?

I recently went on my first long-distance business trip and wanted to share a few vital tips that can help set you up for success, while also having fun along the way!

END_OF_DOCUMENT_TOKEN_TO_BE_REPLACED 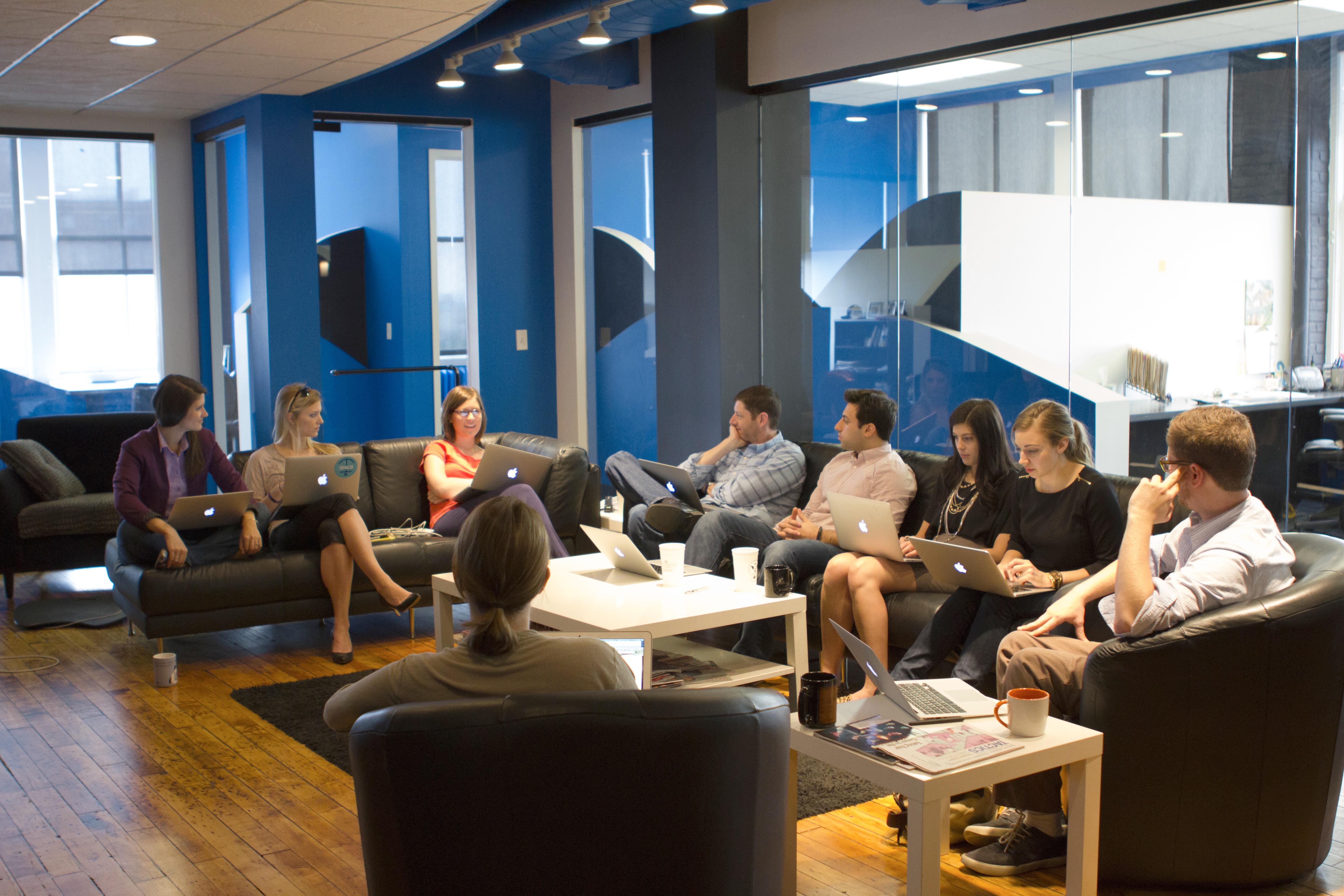 What to Look For When Hiring a Performance-Driven Marketing Agency

Editor's note: The following is an excerpt from The Marketing Performance Blueprint, and was also published on the HubSpot Agency Post.

The marketing services industry is in a state of flux. As CMOs navigate the marketing talent gap, they are increasingly seeking performance-driven agency partners that are immersed in marketing technology and staffed with digital-savvy professionals. SMBs need partners that can deliver fully integrated solutions and in essence function as outsourced inbound marketing teams. Large enterprises commonly look for niche expertise in core digital disciplines such as content marketing, paid search, SEO, social media monitoring, and analytics to complement internal marketing teams.

The future belongs to dynamic agencies with more efficient management systems, integrated services, versatile talent, value-based pricing models, a love for data, and a commitment to producing measurable results. These tech savvy modern marketing firms thrive on change and continually apply advances in technology to strengthen their businesses, adapt their services, and deliver greater value to you, the client.

END_OF_DOCUMENT_TOKEN_TO_BE_REPLACED

The following is a guest post by Sabrina Fenster. Sabrina is the Marketing Manager for The Shelf, an influencer marketing platform that enables brands and agencies to connect with the most relevant influencers. They currently serve businesses in the fashion, beauty, lifestyle, travel, food and family space. She's also the co-creator of street style blog, Streetscoutme. You can connect with her on LinkedIn.

Valentine’s Day is almost here. With less than one week away from the annual day of love, last-minute shoppers are wracking their brains for the perfect gifts.

Believe it or not, this is the perfect time to be kicking promotions up a notch because nearly two-thirds of Americans, who spend an average of $142 on Valentine’s Day, don’t begin planning until a week or less before the actual day.

Businesses should be aiming their arrows straight for men between the ages of 25-34 because they’re the heaviest hitters—spending twice as much as women on the love-showering holiday. What’s more, pets get some good loving too. Just last year, $703 million was spent on our furry little friends, with an average of $5.28 per gift.

If you’re not in the business of selling love (like flowers, jewelry or chocolates), don’t forget that people will be celebrating with their friends and families too. This annual day of love is not just reserved for couples anymore.

There are only a few days left to do a big push for marketing promotions, so it’s time to kick it up a notch. Check out this  infographic by The Shelf for even more V-day insights.

END_OF_DOCUMENT_TOKEN_TO_BE_REPLACED 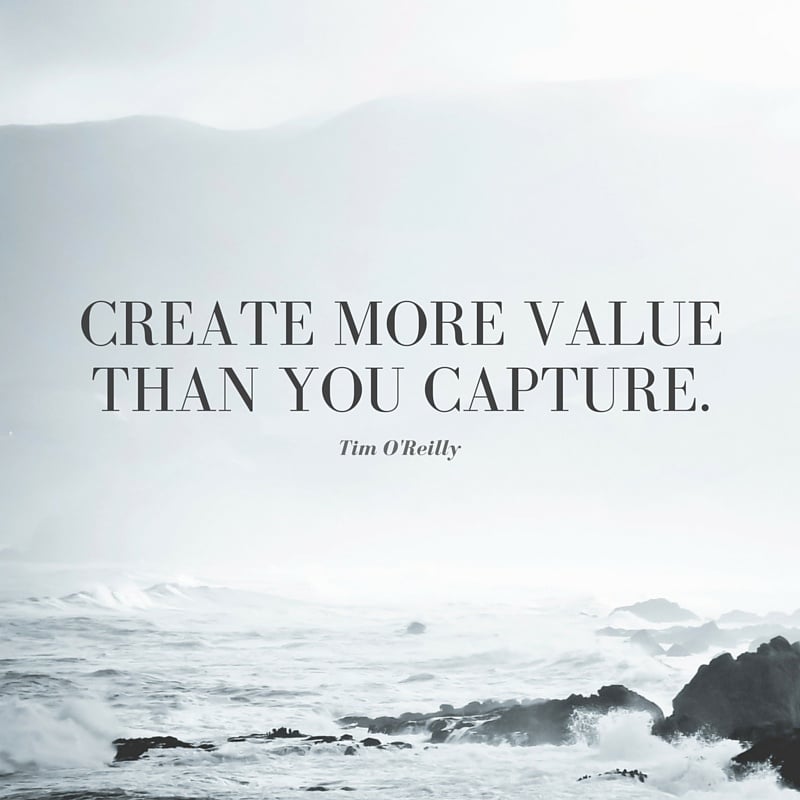 “Create more value than you capture.”  Tim O’Reilly’s quote is one to live by for anyone in the service industry, on a team, or interested in being an overall good human.

At PR 20/20, we’re constantly brainstorming ways to add more value for our clients. As our CEO penned in The Marketing Performance Blueprint, we’re continually working to “differentiate by doing.” Why? Well at the end of the day, how businesses perform impacts our economy, cities, and our own livelihood. When you can tie marketing efforts to bottom-line business results, you’ve created value.

The following is a running list that compiles ideas from our entire team around the theme of creating value—or becoming the best value contributors we can be, versus value consumers.

END_OF_DOCUMENT_TOKEN_TO_BE_REPLACED 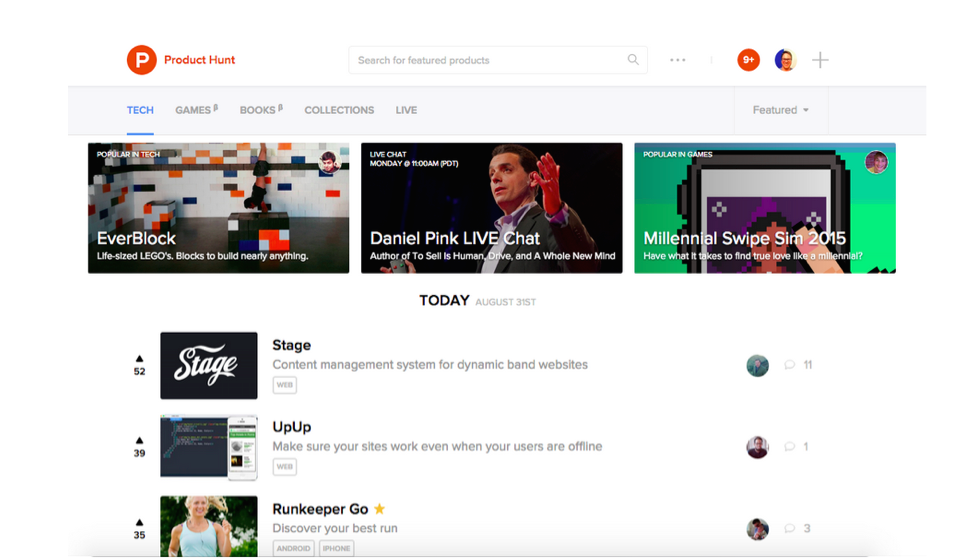 “While everyone else is debating this sh*t, I’m using it,” entrepreneur and marketer Gary Vaynerchuk (@garyvee) told a crowd at New York Internet Week. He was talking about his success on newer social media platforms like Snapchat, and how we as marketers are guilty of talking too much and doing too little with different platforms.

There’s no magic bullet or secret formula. There’s just getting your hands dirty with different sites, services and communities. That’s how you determine which channels are valuable and get there before the competition.

To help you do that, here are five unconventional platforms you might want to dig into today.

END_OF_DOCUMENT_TOKEN_TO_BE_REPLACED 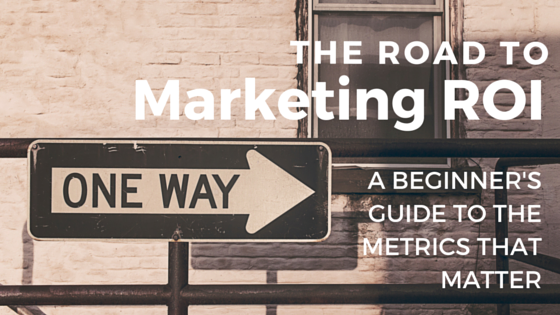 The Road to Marketing ROI: A Beginner’s Guide to the Metrics That Matter

It’s never been more important for marketers to understand their company’s business fundamentals. This sounds obvious. We should know—and understand—how our companies make money, right?

Apparently it’s time for a wake up call. A full 80% of CEOs don’t trust their marketing teams, according to new research from Kapost.

Let that sink in. Our job is to develop credible, profitable connections with customers—and with the people that hire us.

We must do better. Marketers are under more pressure than ever to measure their impact and prove ROI.

To help achieve that goal, I’ve listed below six business fundamentals marketers should measure and how to measure them. This list is a starting point: You may need other or additional metrics depending on your company’s business model and / or available technology.

END_OF_DOCUMENT_TOKEN_TO_BE_REPLACED 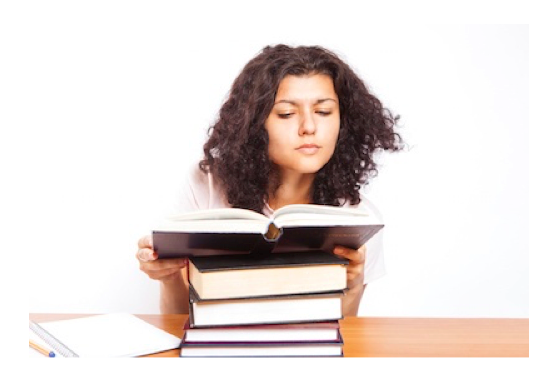 There is one tactic that top-of-their-game professionals use to create wealth, seize opportunities and drive success: cross-disciplinary thinking. They expose themselves to ideas outside their field and, as a result, make connections others don’t.

Steve Jobs was a fan of this strategy. And plenty of top minds in every professional field use it daily to deliver results and lead better.

Marketers can receive the exact same benefits. By exposing themselves to ideas outside of marketing, they can, in turn, achieve better results in their campaigns and careers. This post is designed to start you down the cross-disciplinary path, if you’d like to reap the rewards it offers.

I’ve collected what I believe to be some of the best non-marketing resources to learn something new. I’d love if you offered your own suggestions in this post’s comments.

END_OF_DOCUMENT_TOKEN_TO_BE_REPLACED
All posts
Next
comments powered by Disqus